The Herbert Hoover Presidential Museum is now open to the public for viewing of the permanent galleries on the life and times of Herbert Hoover and the temporary exhibit gallery, Leonardo da Vinci Machines in Motion, masks are required for entry.

The Research Room, the Museum Gift Shop and Public and Educational Programs remain closed at this time. For more information visit https://hoover.archives.gov/visit-safely or buy tickets online.

On display now through January 29, 2022
This traveling exhibition contains 30 machines that were built after in-depth study of Leonardo da Vinci’s designs by a group of scientists and skilled craftsmen. Its uniqueness lies in the fact that the mechanisms are life-sized and most are fully operational. Visitors may touch and set them in motion, combining fun with instruction.

The exhibits take the spectator into the magical world of machines devised by Leonardo da Vinci. Not only did this master engineer solve practical problems long before our era, but he also conceived the precursors of machinery that have been manufactured in recent history, such as the tank, machine gun and aircraft. The materials used in construction of these 30 machines were available in Leonardo da Vinci’s era, and are the ones proposed by the master himself. Using wood, rope and glue, the materials were crafted by hand, faithfully adhering to Leonardo da Vinci’s instructions and employing tools of the time rather than modern industrial implements.

Christmas With the Hoovers

Download our App! Enjoy your own private museum guide as the app welcomes you and provides orientation videos. Be guided through the life story of Herbert Hoover, as well as past and present temporary exhibits. Test your knowledge in scavenger hunts, view additional photos or videos that are not currently displayed and check back often for new content. https://hoover.stqry.app/

Visitors to the Herbert Hoover Presidential Library and Museum begin their tour of the permanent galleries in a rotunda area where a 16 foot red granite map of the world contains 57 brass sheaves of wheat – one in every country where Herbert Hoover fed people. Eight foot glass etched portraits mounted on the rotunda walls depict “the Great Humanitarian” from West Branch at the start and near the end of his fifty years of public service.

The exhibits in the Museum galleries tell the life and times of Hoover from his birth, to his life as an engineer, Secretary of Commerce, President of the United States, and his post-presidential work.  Select the photos below to further explore the exhibits. 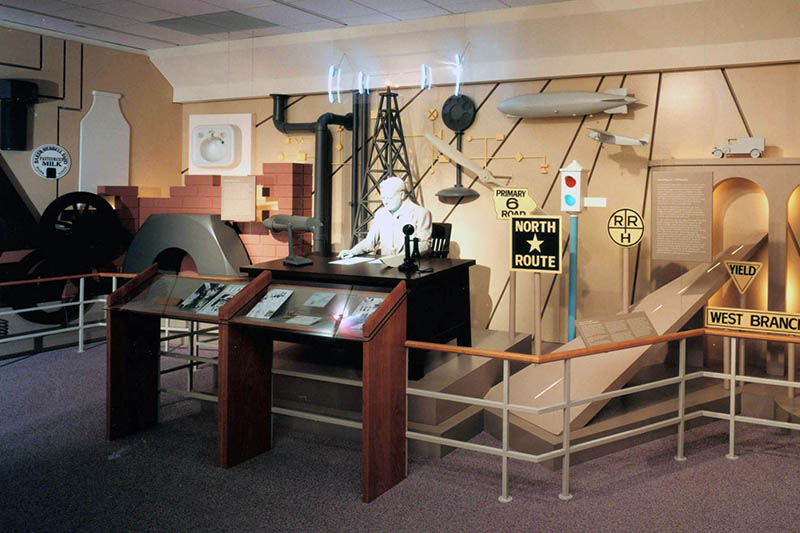 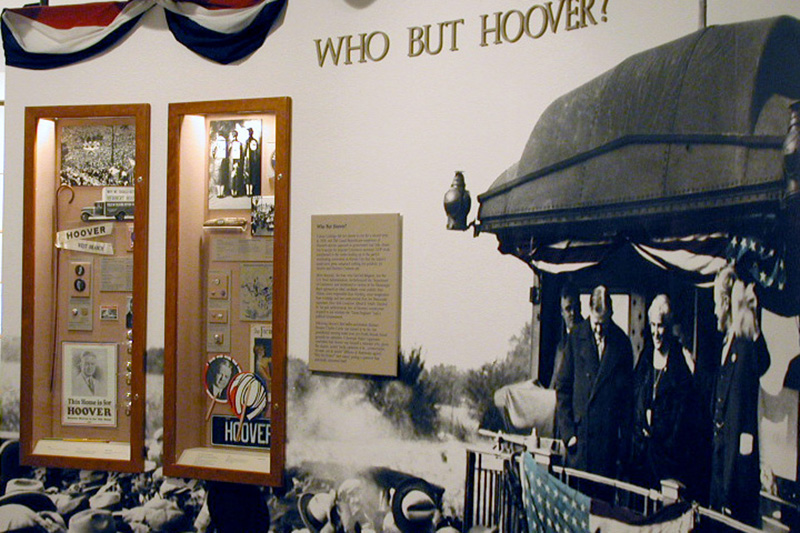 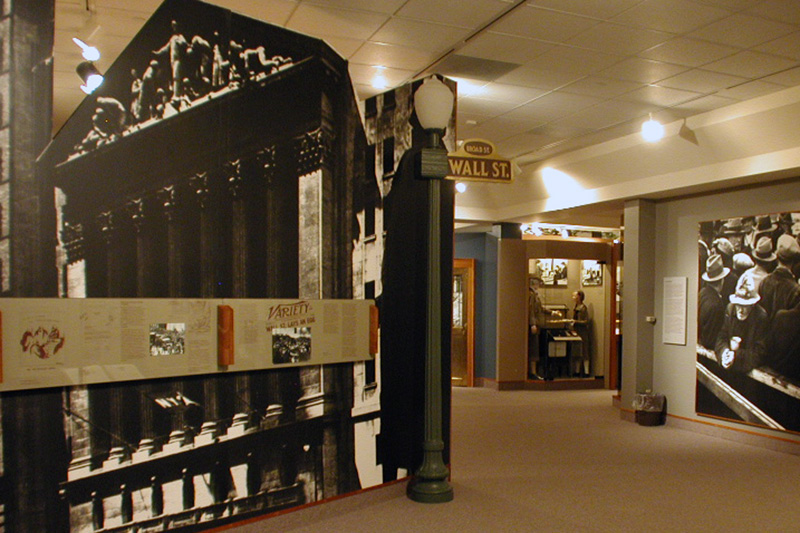 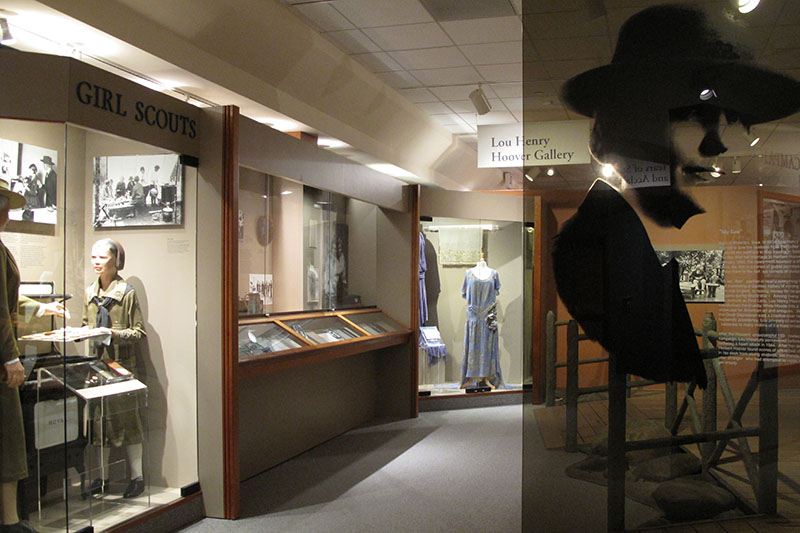 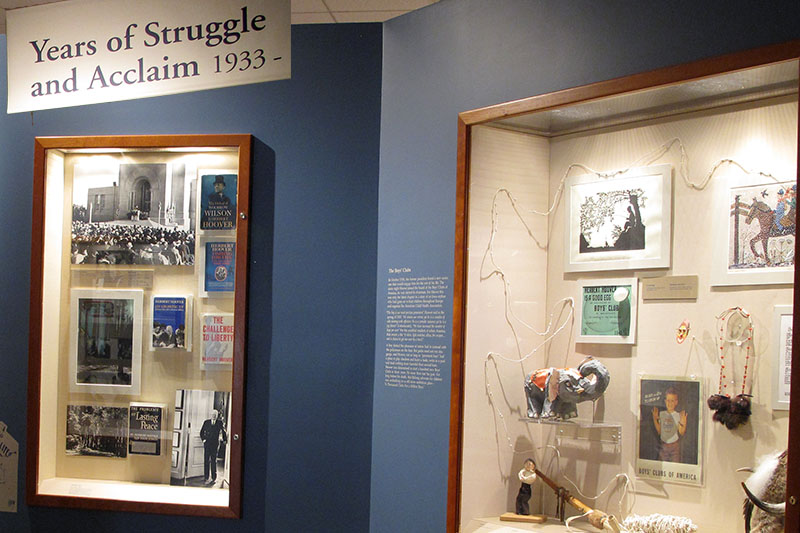 Years of Struggle and Acclaim 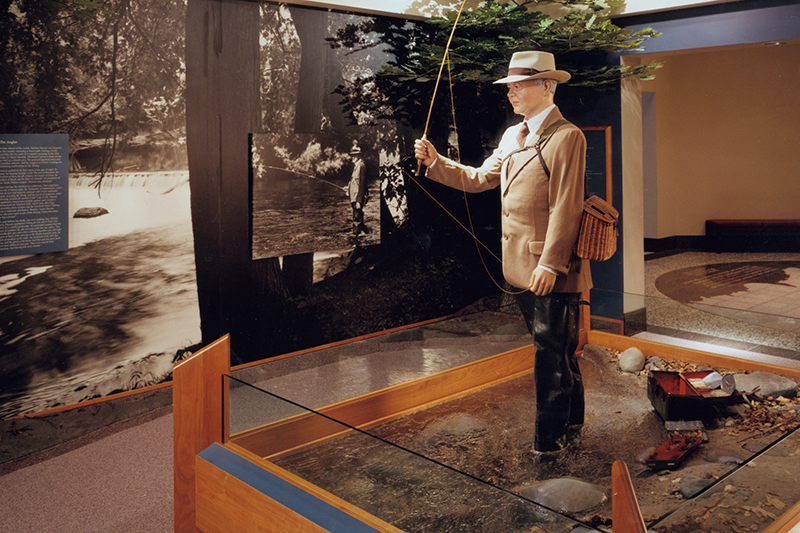