Life after the White House

Rejected by his countrymen, Hoover departed Washington in March 1933. His once bright reputation was in shambles, his career in public service apparently at an end. Yet he refused to fade away.

The Boys Club of America 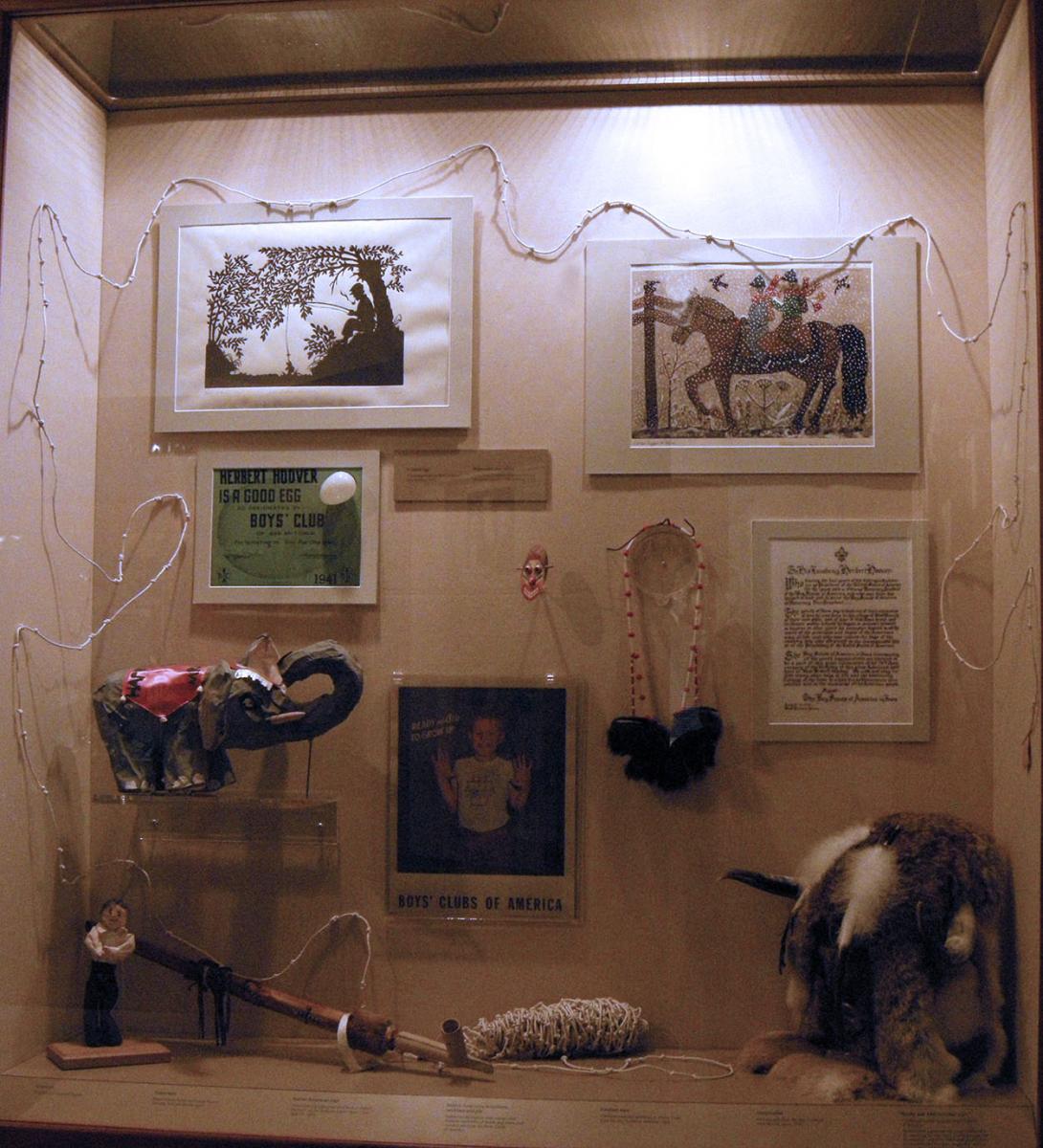 In October 1936 the former President found a new cause, one that would engage him for the rest of his life. For Hoover this was the latest chapter in a story of an Iowa orphan who had gone on to feed children throughout Europe. 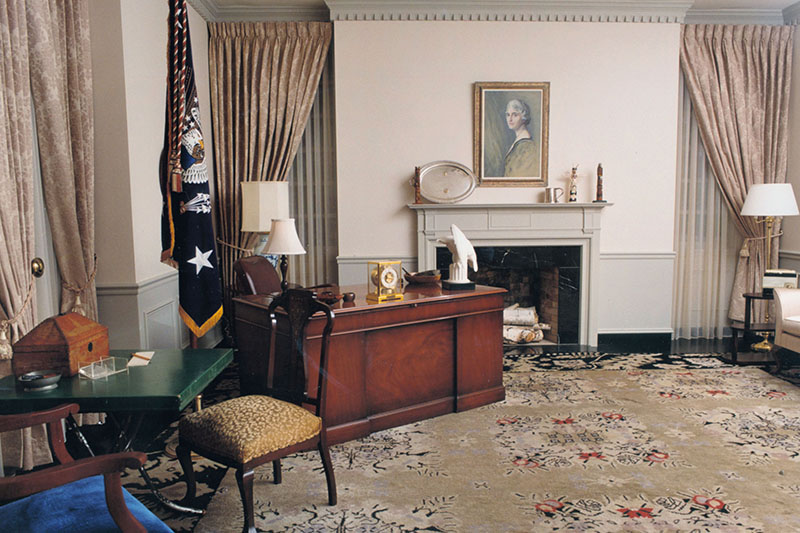 Years of Struggle and Acclaim. display of the Hoover residence in Apartment 31-A, Waldorf Astoria Hotel.

Years of Struggle and Acclaim. display of the Hoover residence in Apartment 31-A, Waldorf Astoria Hotel.

Beginning in December 1940, Hoover lived primarily in New York City. Home was Suite 31-A of the Waldorf Towers, a Park Avenue landmark. Here Hoover conducted a very productive post-Presidency. At the age of 86, he traveled 14,000 miles, delivered 20 speeches, and accepted many awards and citations.

Back to the White House 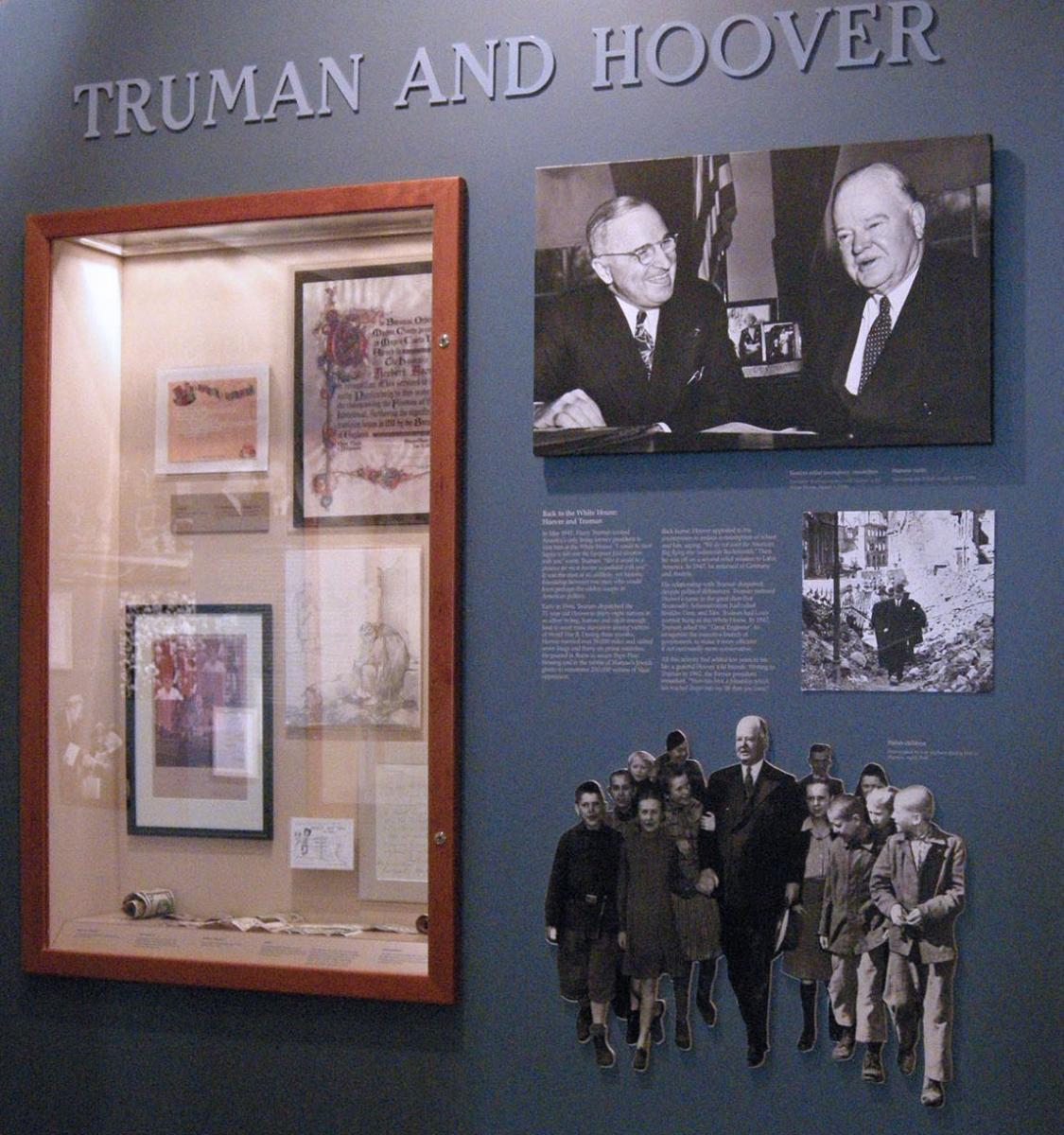 In 1945 President Harry Truman invited Hoover to the White House. "I would be most happy to talk over the European food situation with you," wrote Truman. "Also it would be a pleasure for me to become acquainted with you." It was the start of an unlikely, yet historic, friendship between the two men.

Early in 1946 Truman dispatched the 71-year-old Hoover to 38 nations in an effort to avert mass starvation among victims of World War II. During three months, Hoover traveled more than 50,000 miles. He went on a second relief mission to Latin America, and in 1947 he returned to Germany and Austria.

His relationship with Truman deepened, despite political differences. Truman restored Hoover's name to the great dam that had been called Boulder Dam.

Writing to Truman in 1962, the former President remarked, "Yours has been friendship which has reached deeper into my life than you know.”

In 1947 Hoover undertook a massive reorganization of the executive branch of the federal government.

Do more with less: that was the theme of the commission's reports, each written by Hoover. Not all his ideas were approved, but Harry Truman supported enough to see that more than 70 percent of Hoover's recommendations were enacted into law.

In 1953 a Second Hoover Commission returned to the task of pruning big government. As late as 1961, John F. Kennedy's Secretary of Defense, Robert MacNamara, was thanking Hoover for ideas that could save billions in Pentagon spending.