Herbert Hoover was raised a Quaker, although as an adult he rarely attended Meetings. He held fast the Quaker tenets: the power of the individual, the importance of freedom, and the value of charity. Hoover’s beliefs were also shaped by his training as an engineer—that scientific expertise properly employed leads to human progress. He strongly believed in public service.

By 1914 Hoover yearned for more than wealth. When the U.S. Consul General in London asked him to organize the evacuation of 120,000 Americans who were stranded in Europe, Hoover was provided with an opportunity for public service.

Commission for Relief in Belgium 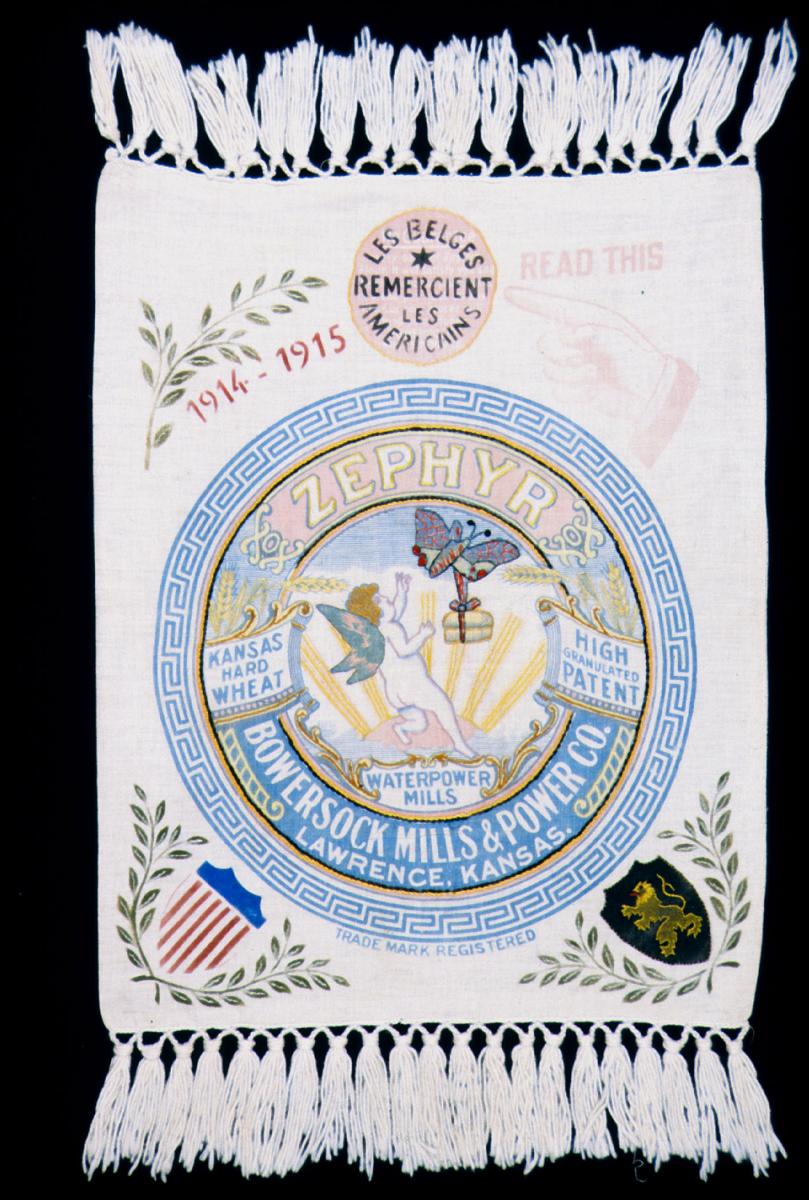 To show their gratitude the Belgians sent embroidered flour sacks to Herbert Hoover as gifts of thanks.

To show their gratitude the Belgians sent embroidered flour sacks to Herbert Hoover as gifts of thanks. 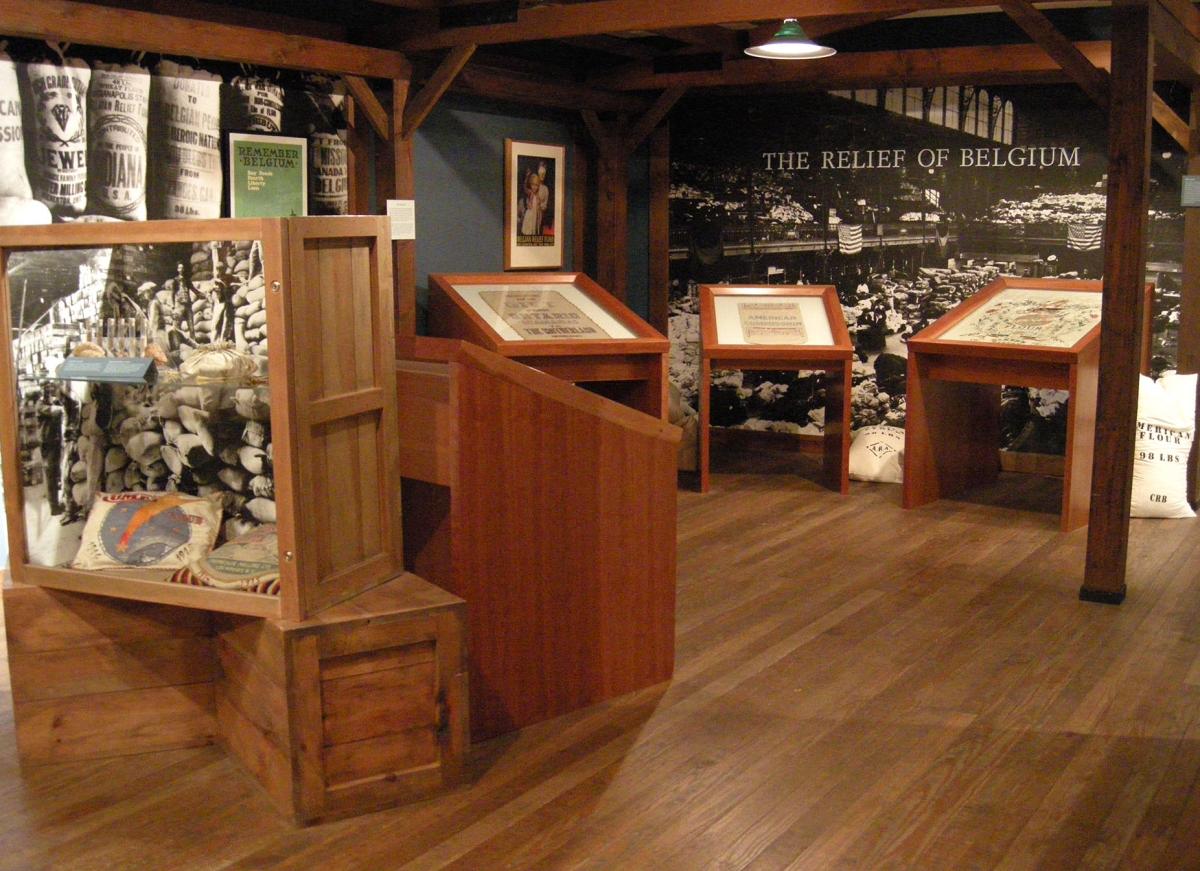 When World War I broke out in August 1914, Germany invaded the neutral country of Belgium, hoping to quickly overrun France. By October 1914, food supplies in Belgium were nearly exhausted. The American ambassadors to Belgium and Great Britain persuaded the British to allow the importation of food under American supervision on the condition that none of it would go to Germany or the German army in Belgium. They promised the Germans that the distribution would not be used to aid the Allies or to spy on the German army. Herbert Hoover was asked to lead the project, which came to be called the Commission for Relief in Belgium, (CRB).

In order to distribute food equitably and to prevent the growth of the black market, the CRB collected and rationed all locally grown food along with the imported supplies. By mid-November, food supplies reached all parts of occupied Belgium, and there was no catastrophic famine from that point forward, though rations for all were strictly limited for the duration. Herbert Hoover gained worldwide fame as the “Great Humanitarian” for creating an unprecedented organization that fed 10 million civilians for five years in the midst of a war zone. 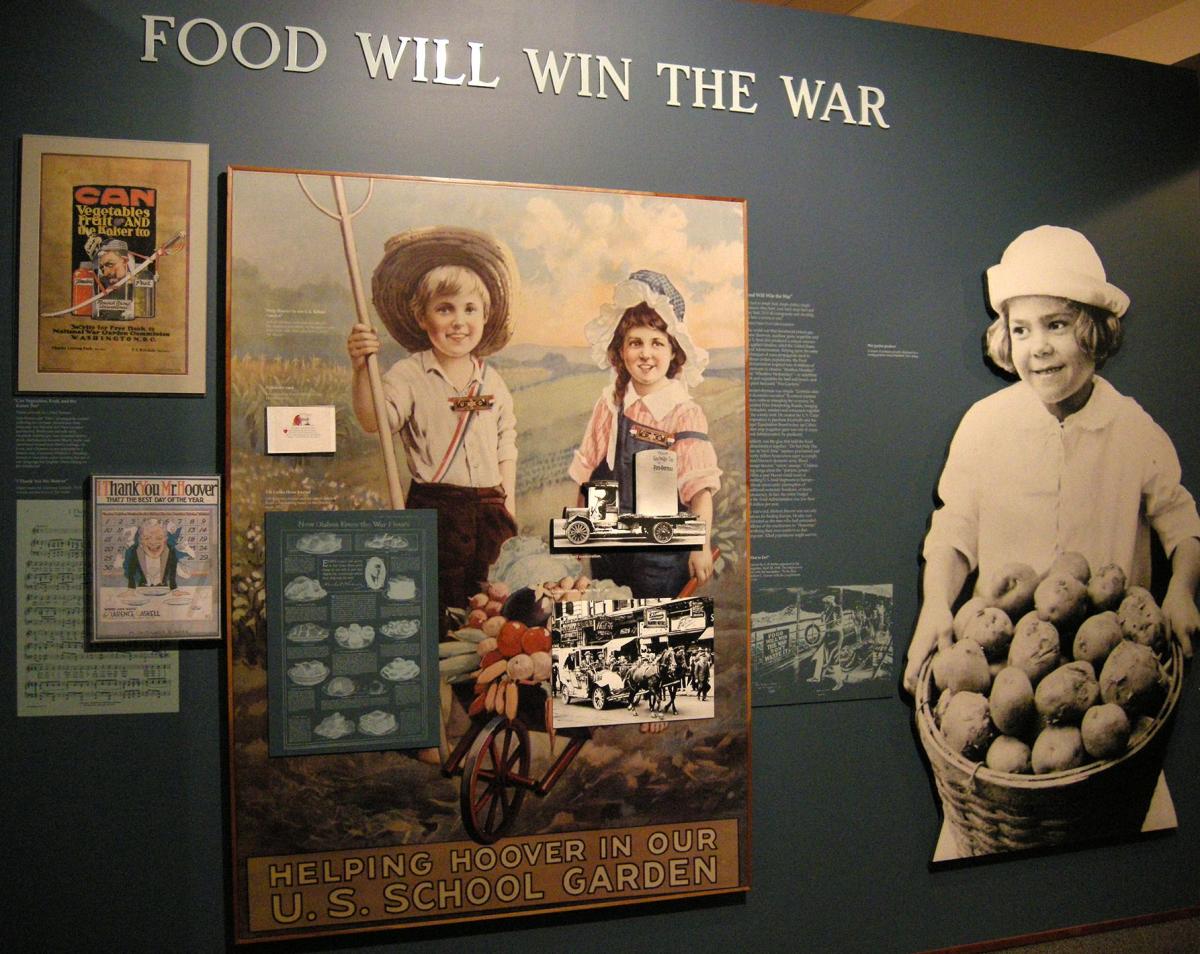 Years of Compassion gallery - Food Will Win the War display.

Years of Compassion gallery - Food Will Win the War display.

In 1917, after the United States entered the war, Hoover was named to head the U.S. Food Administration. Hoover was the right man for the job, which guided the effort to conserve resources and supplies and to feed America’s European allies. Hoover became a household name—“to Hooverize” meant to economize on food. Americans began observing “Meatless Mondays” and “Wheatless Wednesdays” and planting War Gardens. Within a year, the United States had doubled its food shipments to Europe. After the Armistice was signed in November 1918, President Wilson appointed Hoover to head the European Relief and Rehabilitation Administration. Hoover was able to channel 34 million tons of American food, clothing and supplies to war-torn Europe.