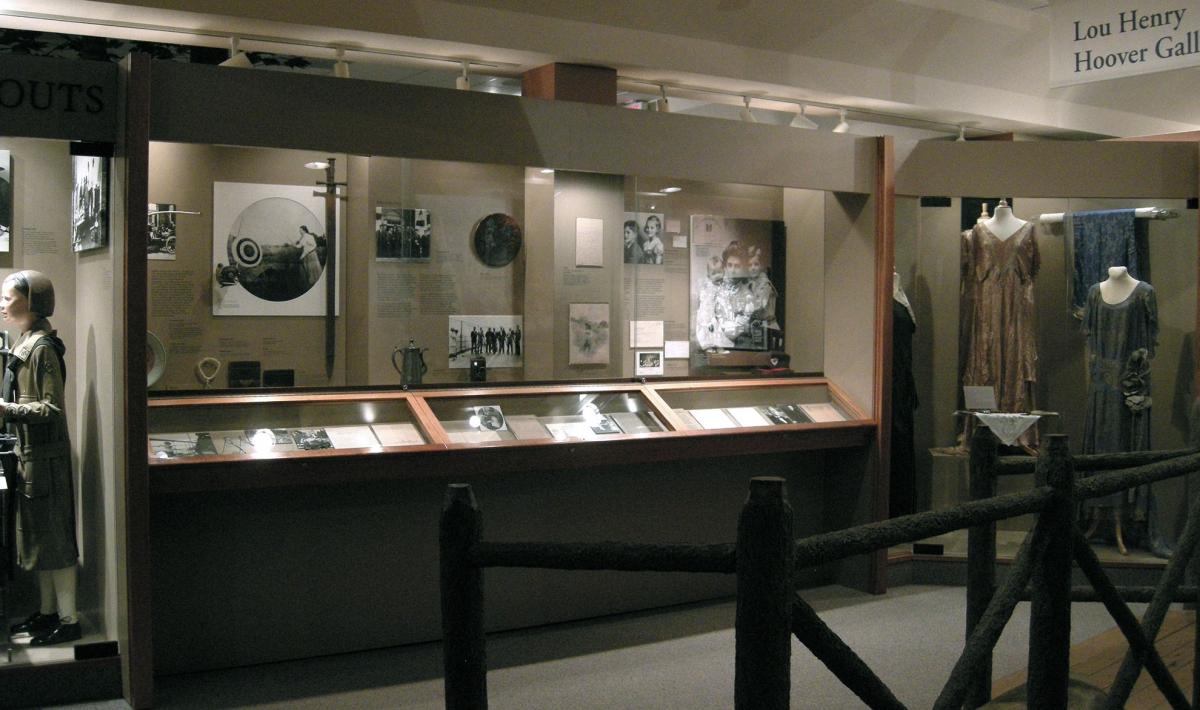 Lou Henry Hoover, humanitarian, Girl Scout leader, and First Lady of the United States, was born in Waterloo, Iowa, in 1874.  She spent the first decade of her life in Iowa, where she developed a deep appreciation for outdoor life and camping. She moved with her family to California in 1885, where she continued her exploration of nature.  Lou Henry earned a teaching degree in 1893 but decided to continue her education, pursuing a geology degree from Stanford. While a student at Stanford, she met Herbert Hoover. They married on February 10, 1899, and departed for China the next day.

For the next 14 years, the Hoovers traveled the world, developing mines in Burma, Russia, Australia, and South Africa. During this time, Lou gave birth to two sons, Herbert Jr. in 1903 and Allan in 1907. In their spare time they translated from Latin to English, De Re Metallica, an encyclopedia on mining written in 1565 by Georgius Agricola. They were both awarded the Gold Medal for lifetime achievement by the International Mining and Metallurgical Society for this work.

When World War I broke out in August 1914, Lou’s life in London changed dramatically. She helped thousands of Americans stranded in Europe by the war return to the United States. Lou provided lodging, clothing and guidance in the first chaotic month of the war. After Herbert Hoover became chairman of the Commission for Relief in Belgium, Lou organized a California branch and raised funds for one of the first shipments of food. When America entered the war in 1917, Lou encouraged American women to conserve food for the war effort. 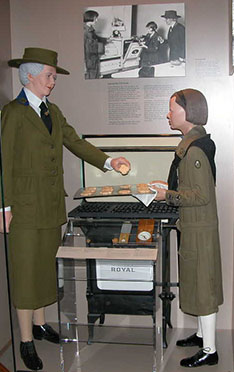 Late in the war, Lou met Juliette Gordon Low, founder of the Girl Scouts. For the rest of her life, Lou devoted hours and energy to the organization. She served as a troop leader in Washington, DC, and in Palo Alto and twice served as president of the Girl Scouts of America, once in the 1920s and again after leaving the White House in 1933. During her second term, Girl Scout leadership approved a national plan to bake and sell cookies as a fundraiser for scouting.

As First Lady from March 4, 1929, to March 4, 1933, Lou Hoover was frequently in the public eye.  Although she did not give many speeches, she did make the first radio broadcast given by a First Lady.  She also caused a teapot tempest when she invited Jessie DePriest, wife of African-American congressman Oscar DePriest, to the White House for tea. Some in the press corps criticized Lou for this social transgression, and the incident made her wary of the press. Lou initiated an effort to document the provenance of White House furnishings and rooms, resulting in a book-length study that formed the basis for later histories of the White House. She was instrumental in developing and designing the cabins for the President’s Camp on the Rapidan, a getaway retreat purchased by the Hoovers and used throughout their White House years. 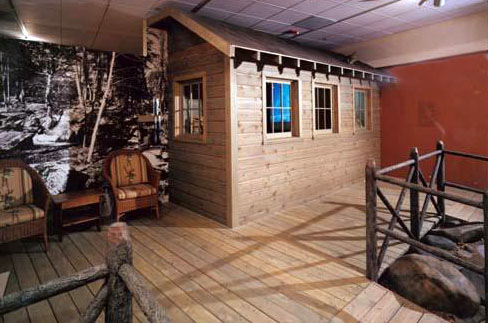 Every president needs a place to escape from the cares and burdens of office. For the Hoovers that place was Camp Rapidan, a rustic fishing camp located one hundred miles from Washington in Virginia's scenic Blue Ridge Mountain range and built with $120,000 of the president's own money. Those who visited the camp saw a very different man from the harried executive whose days were blighted by economic crisis. At Rapidan, Hoover could discard the formal gear of Washington for white flannels and a Panama hat. He pitched horseshoes with Charles Lindbergh and, sitting on a log with a British Prime Minister, made plans for a world disarmament conference to be held in London in 1930.

When the Hoovers discovered that local children had no school they donated funds to build one and to hire a teacher. Most days the First Lady rode horseback, occasionally stopping in nearby Madison to patronize local rugmakers or furniture craftsman. In the evening Lou invited guests to join her as the moon rose over Fork Mountain. It was a welcome alternative to the tumult of politics and dinners for visiting royalty.

After Hoover lost his reelection bid in 1932, the Hoovers were happy to return to private life. They returned to Palo Alto to live in the house designed by Lou Henry Hoover, hoping to have a quiet retirement surrounded by family, friends, and the Stanford campus. In the late 1930s, the Hoovers began to divide their time between Palo Alto and New York City. Lou Hoover died in New York City in early January 1944 at the age of 69.