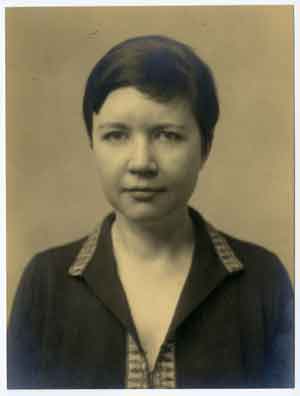 Rose Wilder Lane, Laura's daughter, was a journalist, publicist and a world traveler.

Rose Wilder Lane, Laura's daughter, was a journalist, publicist and a world traveler. 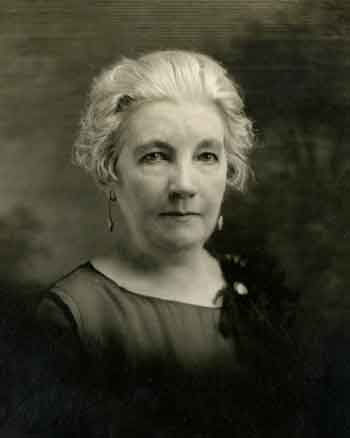 The Herbert Hoover Presidential Library-Museum houses the Rose Wilder Lane Papers, which document her extraordinary life as a journalist and an author, and reveal the important role she played in her later years formulating and promoting Libertarian ideas.  Lane was also an early biographer of Herbert Hoover — she published The Making of Herbert Hoover in 1920.

Lane was commissioned to write The Making of Herbert Hoover by Charles K. Field, editor of Sunset (a West Coast literary magazine) and a personal friend of Herbert Hoover.  At the time, Hoover was contemplating a run for President in 1920, and Field wanted to help.  Lane’s biography likely had little effect on the campaign, but Lane and Hoover continued for many years to correspond about topics of shared interest.

Lane’s papers also reveal her important role as the editor of the “Little House on the Prairie” books written by her mother, Laura Ingalls Wilder.  Wilder had only limited writing experience when she embarked on the series of books that captivate young readers to the present day.  Quite logically, Wilder turned to her daughter, a more experienced writer, for assistance.

Their collaboration was not without conflict.  Correspondence preserved in the Lane Papers documents the dynamic tension of the creative process.  Wilder submitted drafts of her work to her daughter with a certain trepidation.  Lane edited and typed the manuscripts, and made suggestions for modifications she thought necessary.  She also served as her mother’s go-between with literary agents and publishers.  Over more than a dozen years, Wilder and Lane captured in eight volumes the essence of growing up on the American frontier.

The five boxes of “Little House” documents in the Lane Papers have become some of the most heavily used materials in our holdings.  Scholars and fans of the “Little House” books come from all over the world to West Branch to learn more about the real people and real stories behind the beloved children’s books. Laura's stories and the story of the literary partnership between mother and daughter continues to unfold for the many teachers, scholars, and other reserachers.