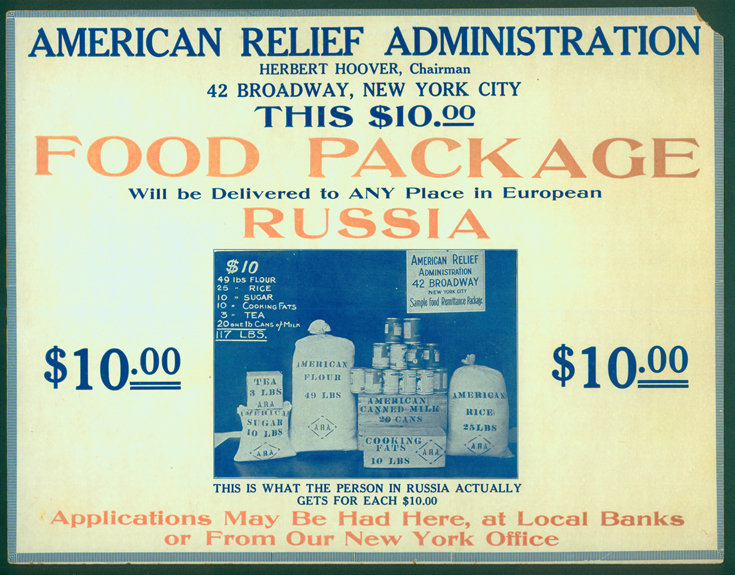 This new exhibit tells the story of one of the great humanitarian efforts in history, Herbert Hoover and the American Relief Administration's food and medical relief during the Soviet famine of 1921-1922.

Starting with a mandate to feed one million children, by the summer of 1922, the ARA was feeding a daily meal to nearly 11 million people. They had to overcome a series of unique challenges: a broken-down railroad system, replacing horses with camels and raw manpower, time pressure to distribute seeds in time for spring planting, medical supplies to fight severe hunger related diseases, and the fact that almost none of the workers spoke Russian.

The exhibit tells the stories of some of the individuals who helped: Will Shafroth, Indiana governor James Goodrich, Colonel William Haskell, and Lizzie Bach. Bach was the only woman in an ARA management role. She began running the first ARA kitchen in Petrograd and eventually ran nearly 100 kitchens feeding 50,000 children.

The scale of the operation was enormous, 768 million tons of food was shipped and distributed from 21,000 ARA kitchens. 125,000 medical packages helped supply 16,000 hospitals. A food remittance service allowed people to send food packages to family and loved ones. Ten dollars bought enough food to feed three people for a month and by the mission's end 930,500 of these packages had been delivered.

The exhibit will be on display from May 28 to December 31, 2022 in the temporary galleries of the Hoover Presidential Museum.

Throughout the course of the display the Hoover Heads blog will be posting regularly about the American Relief Administration. 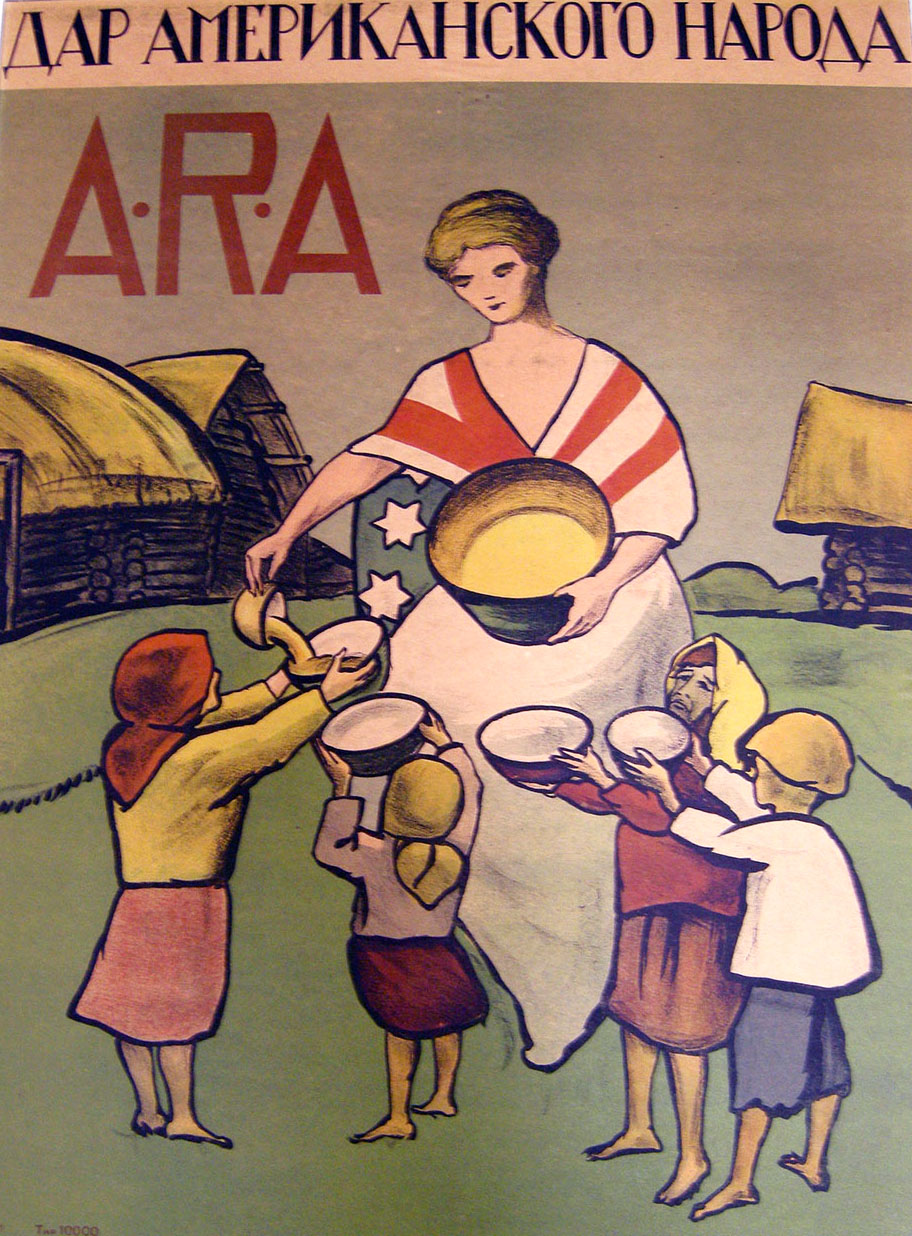 Soldiers of the Soviet army guarding trainloads of American corn arriving in Simbirsk, Russia. 43 cars in all, April 1922

ARA distributing food to the people of Simbirsk. Corn shipped from the US.

Children at the Blandy Children's Home in Ufa saved from starvation by the ARA. The ARA supplied them with food, clothing, bedding, medicines, etc.