He is for the ages the father of invention, innovation, and creativity. His concepts and ideas have for generations served as inspiration to engineers, architects, artists and others in pursuit of excellence in design. Today, his legacy of creative thought is studied in the machines, drawings and designs he left for us to set in motion, to construct and to decode.

Leonardo da Vinci Machines in Motion reveals one aspect of the multifaceted ingenuity of Leonardo da Vinci (1452-1519), who embodies the qualities of painter, sculptor, musician, architect, engineer and anatomist. His thousands of manuscripts, collectively named the “Codicies,” contain designs that are the precursors of many modern machines and devices, including the car jack, glider, parachute and armored vehicle. Now, in an extraordinary national exhibition, the American public will have the chance to see the early form of these machines at close quarters, to touch them and set them in motion. Leonardo da Vinci Machines in Motion—an integrated experience and a journey into secrets of the birth of contemporary science and engineering.

The Idea
This traveling exhibition contains 30 machines that were built after in-depth study of Leonardo da Vinci’s designs by a group of scientists and skilled craftsmen. Its uniqueness lies in the fact that the mechanisms are life-sized and most are fully operational. Visitors may touch and set them in motion, combining fun with instruction.

The exhibits take the spectator into the magical world of machines devised by Leonardo da Vinci. Not only did this master engineer solve practical problems long before our era, but he also conceived the precursors of machinery that have been manufactured in recent history, such as the tank, machine gun and aircraft. The materials used in construction of these 30 machines were available in Leonardo da Vinci’s era, and are the ones proposed by the master himself. Using wood, rope and glue, the materials were crafted by hand, faithfully adhering to Leonardo da Vinci’s instructions and employing tools of the time rather than modern industrial implements.

The Design
The exhibition is a spectacle in which knowledge and entertainment are entwined. Like a theatrical performance, the materials artfully take on a life of their own. Sound, light, and shade mingle, all evoking Leonardo da Vinci’s past and our present. Our aim is to reveal the pulse of power, genius, and instinct; and the soul’s secret perceptions. From the moment of entry to departure, each visitor will carve a line through space as if in a rite, an abstract motion that leads to Leonardo da Vinci and the complex edifice of his thought. As visitors, we may take part interactively, to grasp and enjoy the source of the inventor’s inspiration. Here the mind is activated, and our thoughts travel along with Leonardo da Vinci Machines in Motion.

The Structure
The machines are grouped into four sections. These are based on applications linked to the elements, which held a strong fascination for Leonardo da Vinci.

1. Earth
In addition to the crane, printing press and oil press, Leonardo da Vinci devised theatrical machines.
2. Water
Machines that employ the force of water to relay energy, such as the worm screw or Archimedes’ screw; equipment Leonardo da Vinci devised for man to walk on water; and the webbed glove, which resembles today’s flipper and was meant to accelerate swimming.
3. Air
Models of flying machines that Leonardo da Vinci designed centuries before man conquered the skies. Spectacular machines include a device with mechanical wings (ornithopter) to allow a man to fly (a precursor of today’s hang glider).
4. Fire
Constructions for machine warfare, such as the canon and machine gun.

The Worldwide Museum Activities (WMA) was founded in Florence, Italy by three leading scientists who joined together to passionately pursue the dream to rebuild, as perfect as possible, replicas of the machinery described in Leonardo da Vinci’s drawings and to create a museum of Leonardo’s Machines. The founders of WMA, different in personality but with a common goal, cooperated with enthusiasm and made the dream come true. This great project is a result of in-depth research and study of Leonardo’s codes, his personality, and his way of thinking.

The exhibition has appeared in Athens at the Cultural Center Hellenic Foundation, and in Istanbul at the Rahmi M. Koc Museum.
The exhibition was curated by Emmanouil Koutsourelis. 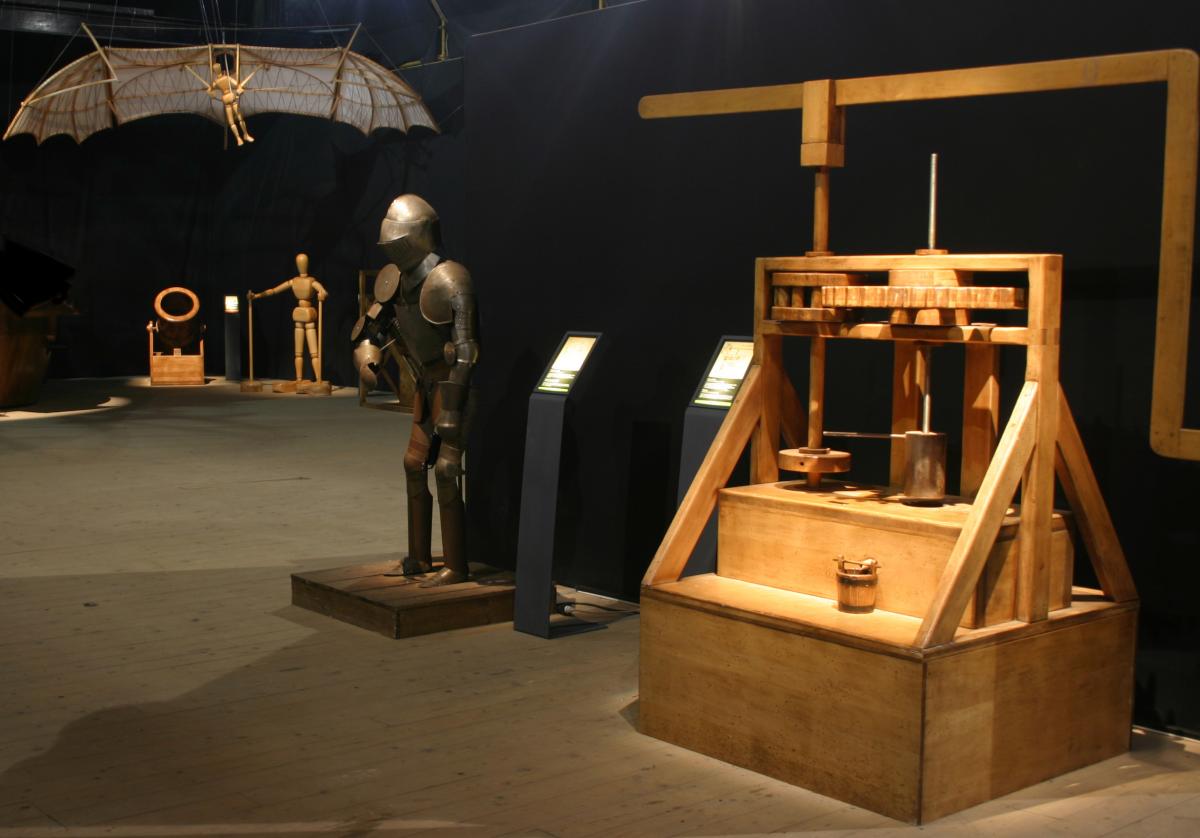 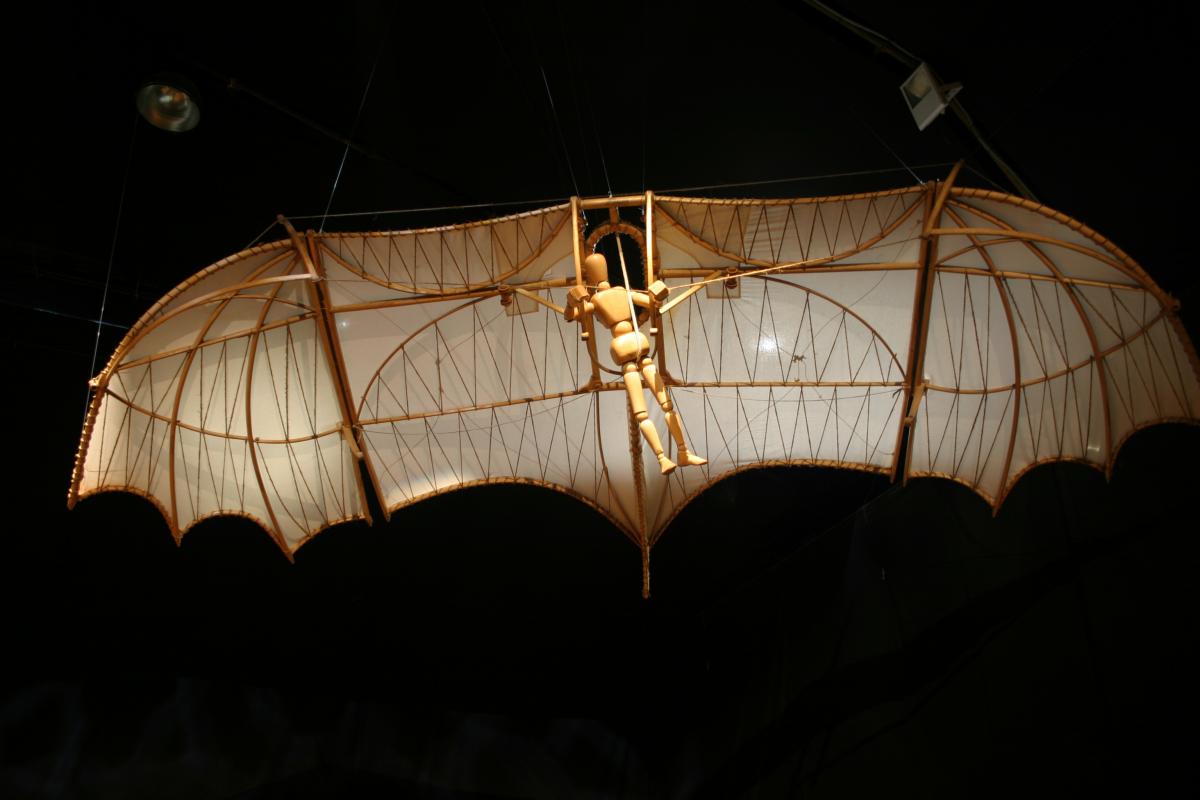 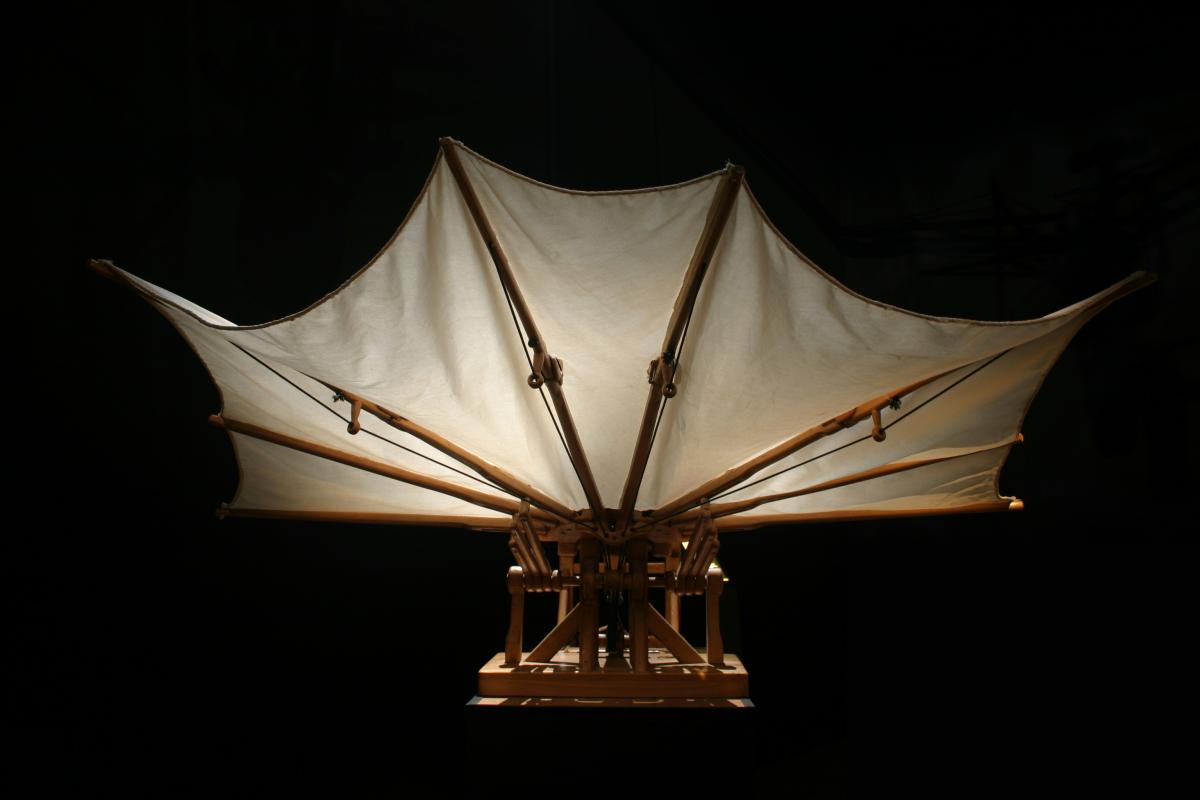